The Challenges of Buying Home Furnishings

For those of our many loyal customers who live with multiple chemical sensitivity, life does tend to throw up difficult decisions when it comes to maintaining, restoring or purchasing new furniture and furnishings for the home.

We recently went through yet another small drama when we were considering retiring our trusty and old faithful Flokati floor rug which had endured much wear and tear, not least, punishment from a couple of dearly loved but aging cats. Repeated washing was making it look like the decidedly 70’s rug it was.
(Before you ask, our chemically sensitive ceo Peter is allergic to chemicals, not cats 🐈).

We did attempt to replace it but Flokati is not as in vogue as once it was.

We searched the internet, but as you probably know only too well, ‘The Sniff Test’ is only possible way to purchase when you’re really sensitive.

Guided by some positive sounding promises on the Web we ventured to a major furniture retailer, a large floor covering showroom, a chain soft furnishings and sewing store and a major hardware store.

At the latter we had some sort of success. At least the rug looked a bit like what we were looking for and within the store area the rug didn’t smell too overwhelming and it was cheaper than we had anticipated.

We made the purchase and took the plastic covered ready rolled rug home and as usual, it had to go in the shed to be opened up and aired off. Disaster!!!

It has happened so often in the past. When Peter put the blade through the plastic cover the smell of what could only be chemicals or fumigation sent him running …. well, not exactly running, he’s an older gent 😉, but definitely he moved quickly away and out of the shed.

We’ve been in this situation so often in the past but even I, a non chemically sensitive person could acknowledge I could not put up with that smell in the house.

It was returned the next day.

Our online search continued and we eventually found an Oriental Rug Store in Mornington, Samarkand Gallery, which sounded promising.

The store was in an open and airy factory building and as soon as we walked in we noticed the freshness of the atmosphere. Not only that, our eyes immediately fell upon exactly the rug we were looking for.

The salesman was extremely pleasant, helpful and knowledgeable, wanting us to check out alternatives before making our decision.

The rug we chose was made from New Zealand wool which had been sent to Afghanistan to be hand woven. Yes, it was two and a half times the price of our original disaster but so much nicer and IT DID NOT SMELL!

We took it straight inside when we arrived home, laid it on the floor tiles and instantly loved it.

The only reservation I have on writing this is an acknowledgement that each person with MCS has differing adverse reaction so because Peter has not reacted doesn’t mean it would be safe for everyone. However, it’s a great place to start. 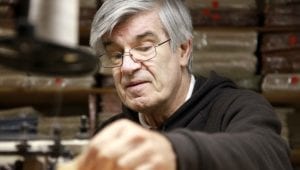 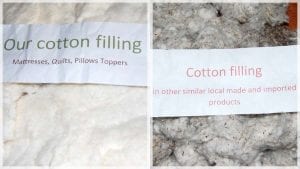 Have You Seen What’s In Your Pillows?

Did you know that ‘Mill Waste’ is used in many local and imported products, especially the cheaper ones? We ONLY sell pillows and cushion inserts made from 100% Certified Organic Cotton or 100% Organic Silk Cotton 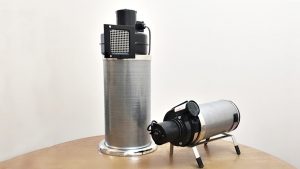 Some Of The Problems With Our Air We are all living with an ever increasing amount of chemicals in our lives. Those that we are exposed to from outside, we cannot do much about. Even 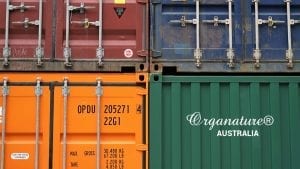 How Does Organature® Get To Do Things That Other Fabric Importers Can’t Do?

QUESTION: “Hi. I need to get a new mattress and bedding, I have various health issues and been diagnosed with a Lyme like illness. I also have mould sensitivity. With my health issues I need to